Women Cell in college aims to create awareness among the issues relating to gender equality and sexual harassment, its programmes includes the action of raising the status of women through education and sensitizes the entire campus. It is all about equipping and allowing women to make life-determining decisions through the different problems in society. Women Cell in college has great role in shaping the students to face their future life with courage.

International Women’s day 2021 was celebrated on 8th March 2021 by Women Cell in collaboration with Jeevani Centre for wellbeing. The function at Seminar hall was presided over by our principal Dr. Joy. V.S. A talk on ‘Personal Hygiene was taken by Dr. Sheeja R, Consultant Gynaecologist, Govt. Taluk Hospital, Nedumangad. Students actively participated in the interaction session with the doctor. 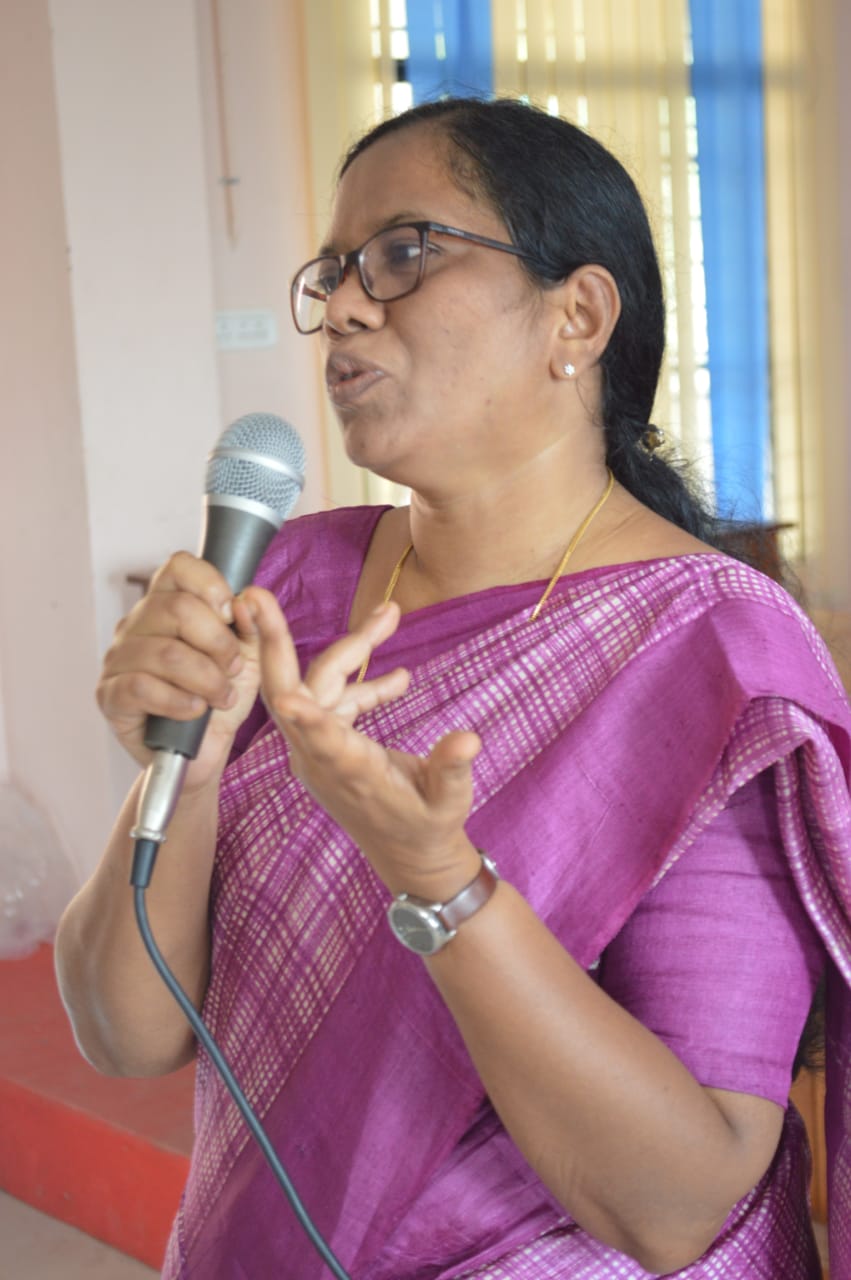 The function was followed by screening of Short Film ’NIYOGAM’ directed by first year PCA student Aravind Krishnan R S which discussed the restrictions opposed on women by the society which prevents her from achieving her goals. Sri Thushad.T, Asst. Professor in History acted the main role in the film. 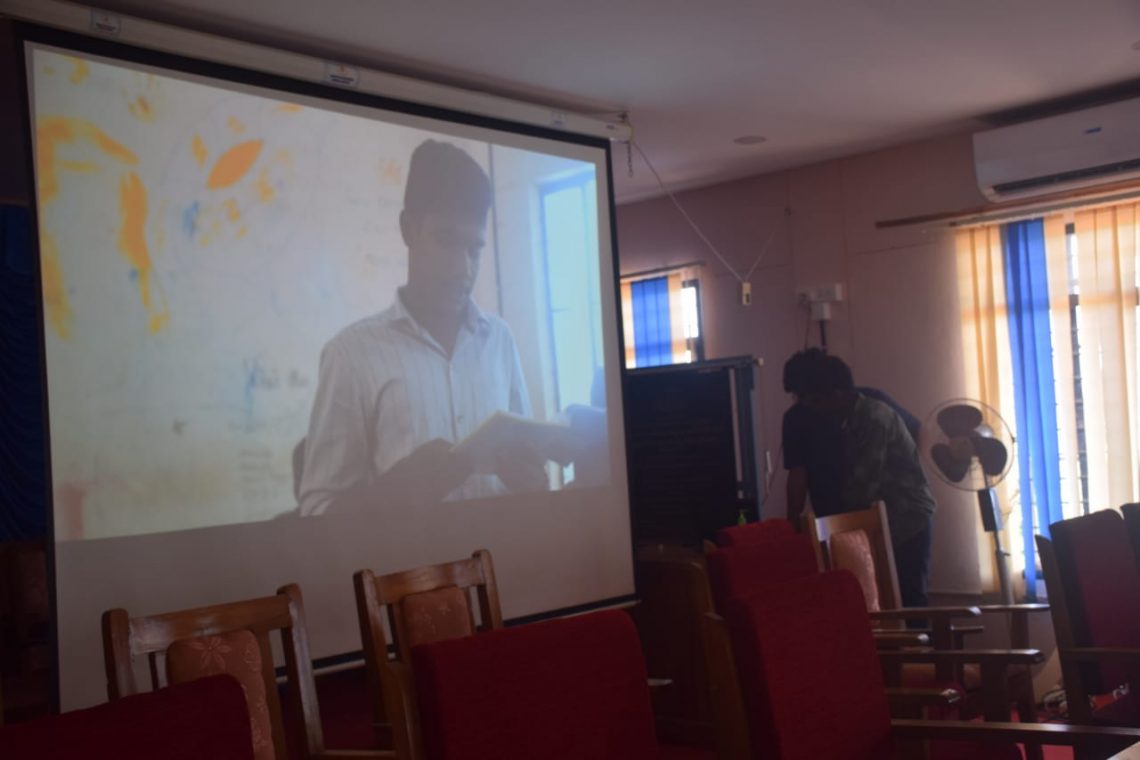 A debate on the topic ‘Women in Armed Forces: An Asset or Liability to the Nation’ was also conducted on the same day. Sri. Thushad . T, Asst. Professor in History was the moderator. 12 studdents participated in the debate. Anudev A G, first year M A Economics was the winner. 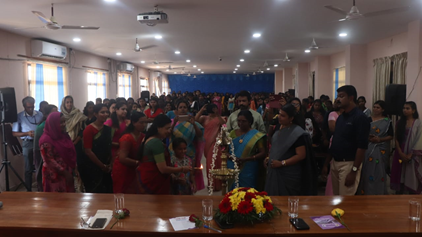 Dr. Beena Krishnan , Asst. professor, Dept. of Malayalam who got the State Best teacher award , Smt. Jasmine, Guest Lecturer, Dept. of English who got award organic farming, Dr. Bijikumari, Asst. Professor, Dept. of History who got Ph.D. are all felicitated in this function 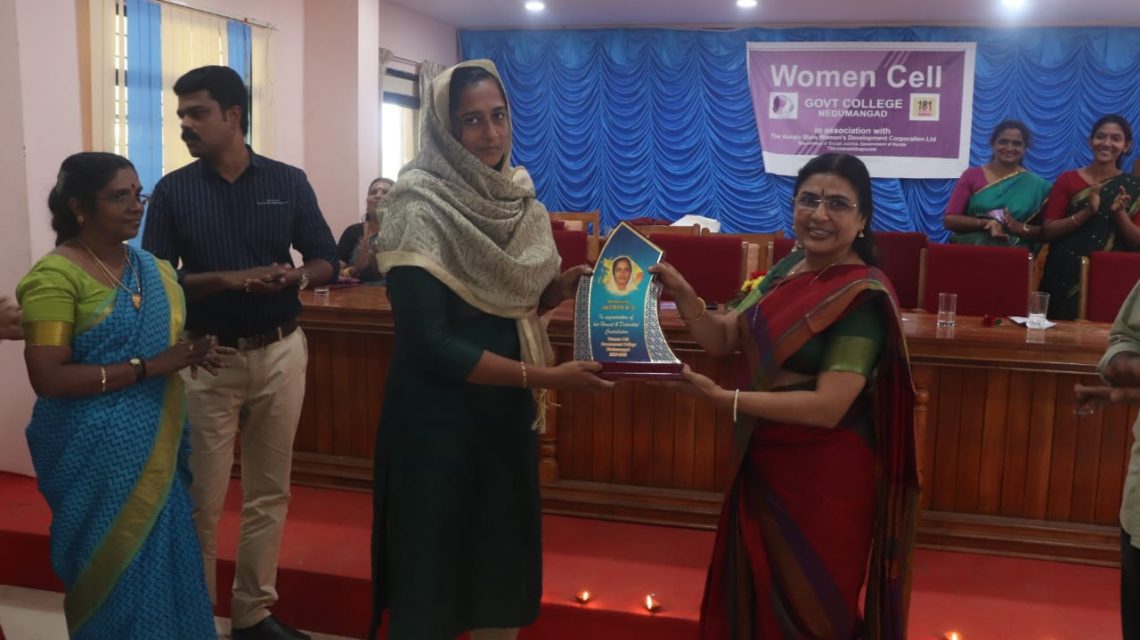 As per the instructions from the KSWDC, a Complaint Box was installed in the main office building(ground floor). On Fridays (every week) the committee members check the complaints of the students and try to find the solutions. 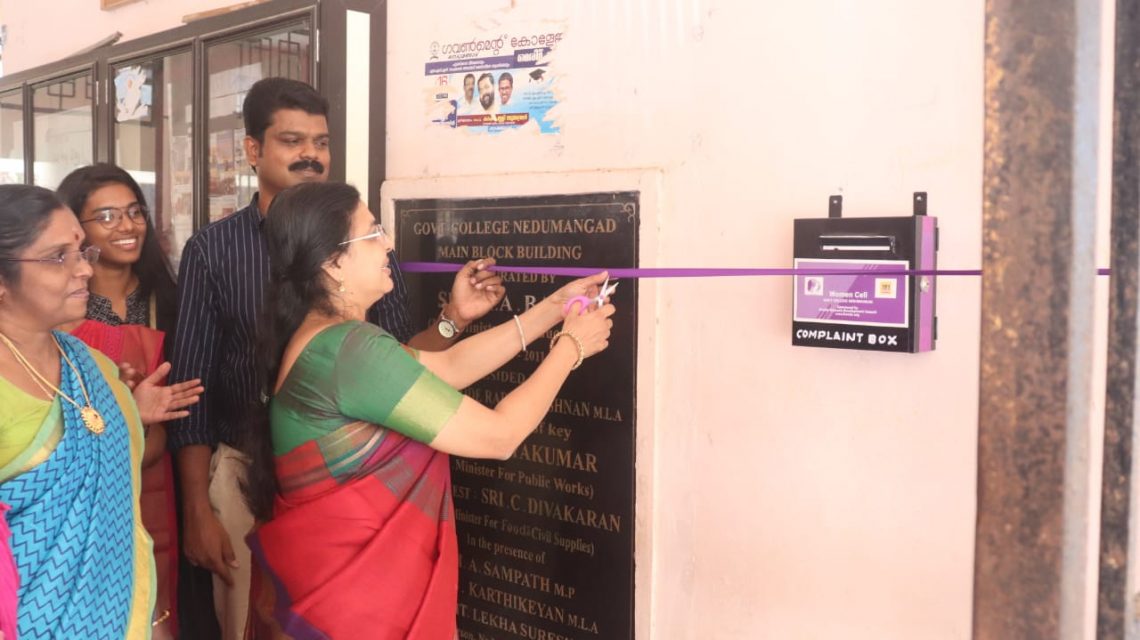 A programme on Emotional Intelligence is arranged on 20th February 2020 and the class was handled by Dr. Mridula Nair, Psychologist and Motivational Speaker. Students participated actively in the function.

In connection with International Womens Day, a programme on Women and Legal Aid for Women was conducted on 6th March 2020.The Class was engaged by Adv.Sreena Sreekumar BA, LLM. Students are actively participated in the session. 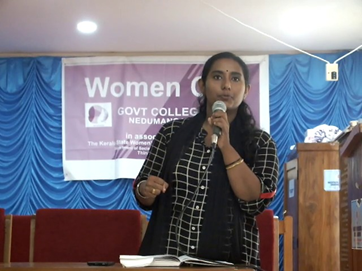 Women’s cell organised an awareness programme in health and hygiene on 21st February 2019. The programme started with prayer and welcomed by women cell convenor Smt Saleena S. The  Principal Dr.Mini. I presided over the function. Dr.Mohan Roy, famous gynaecologist and branch president of Nedumangad IMA was the chief guest of the programme. He delivered the keynote address about health and hygiene in adolescence. It was a highly effective talk for all the ladies of the college. The interactive session  was so live and many students asked questions The Vice principal and P.T.A secretary felicitated the function. 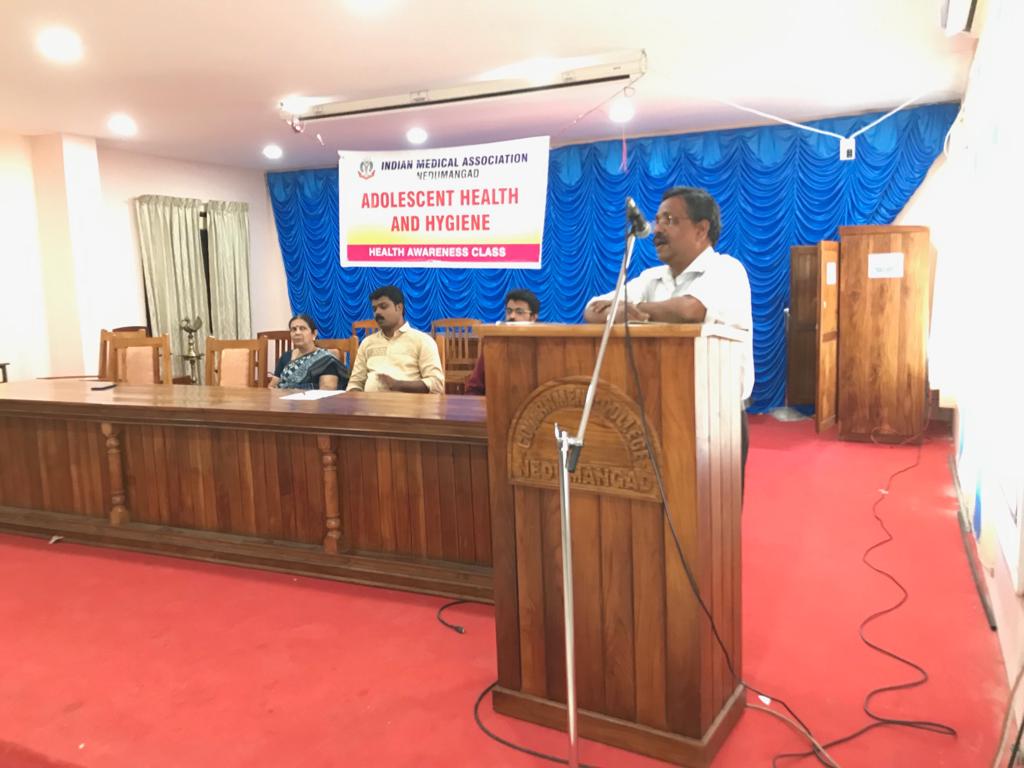 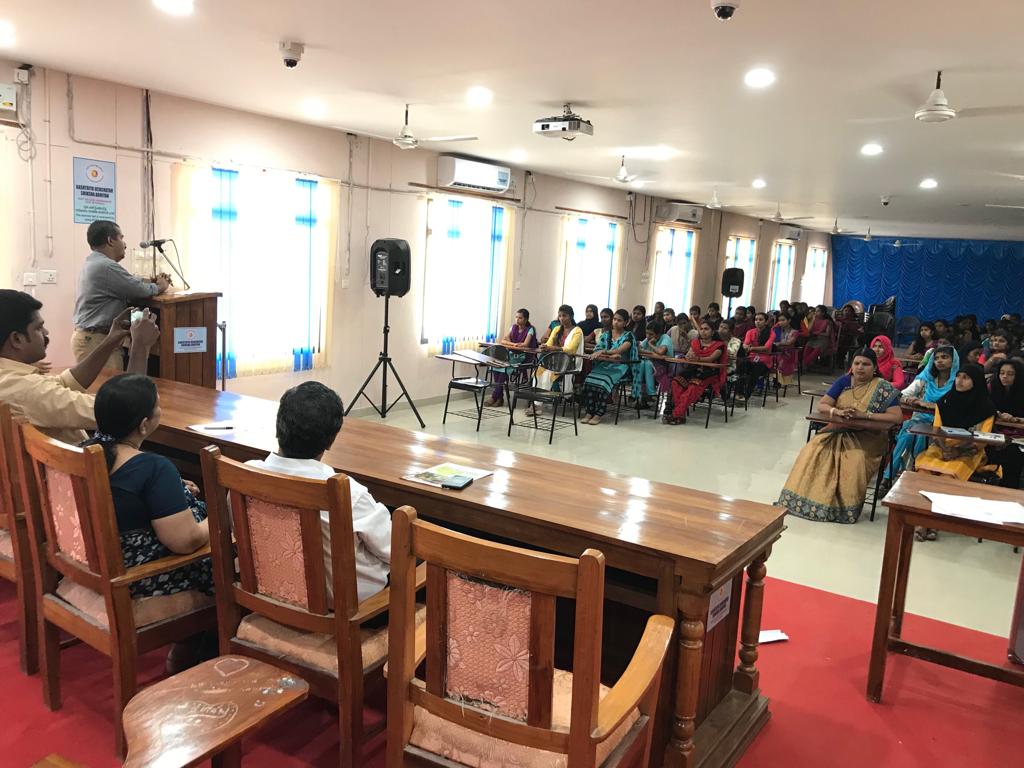 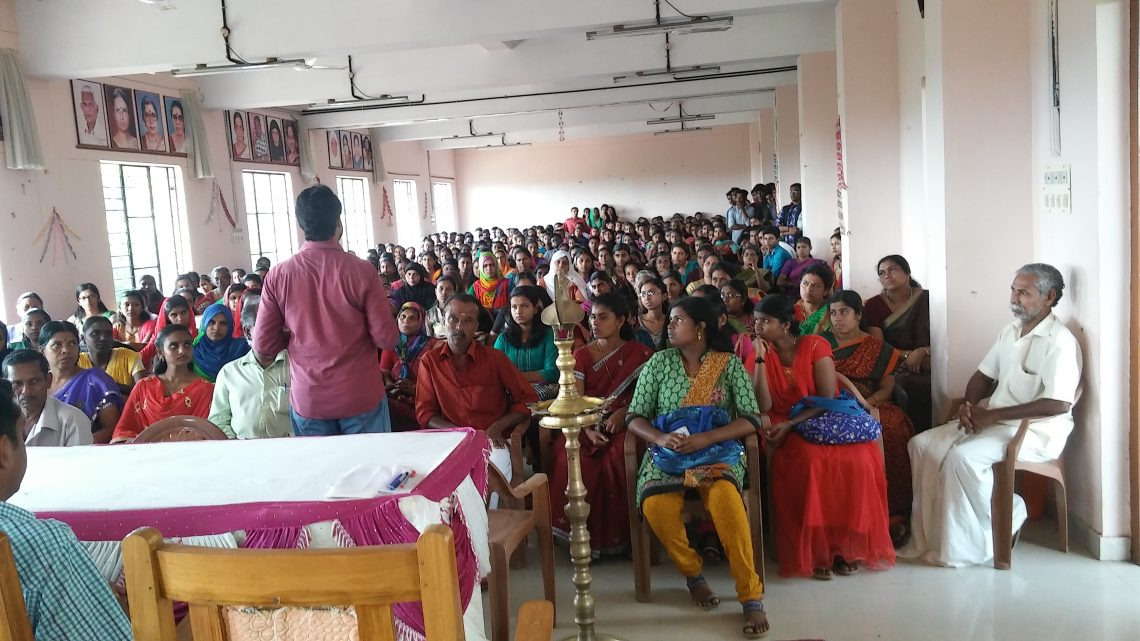 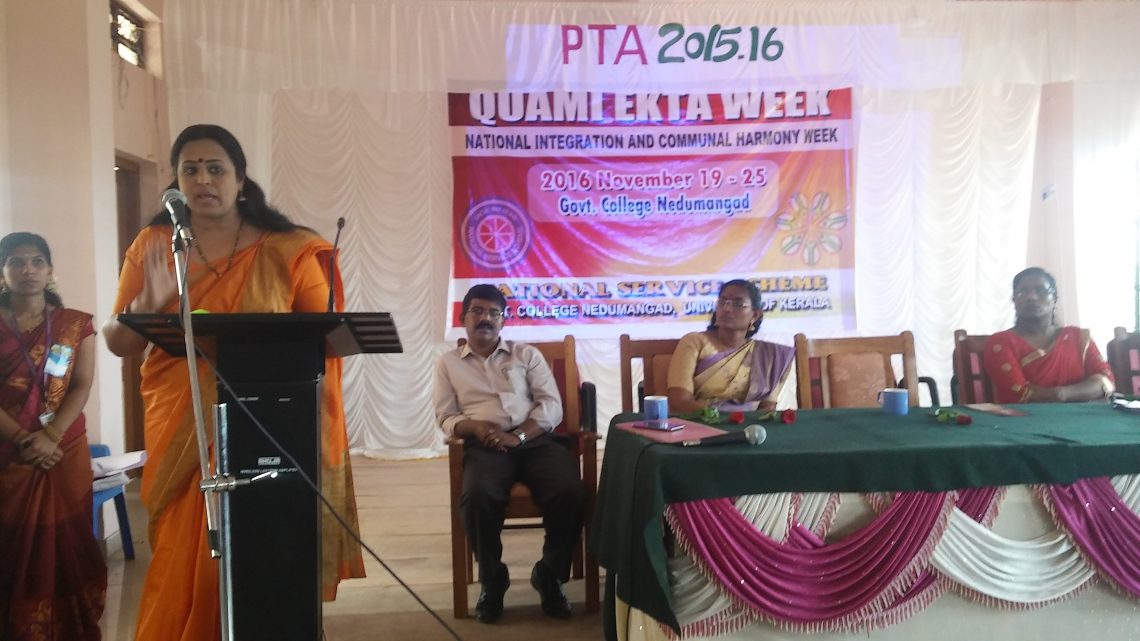 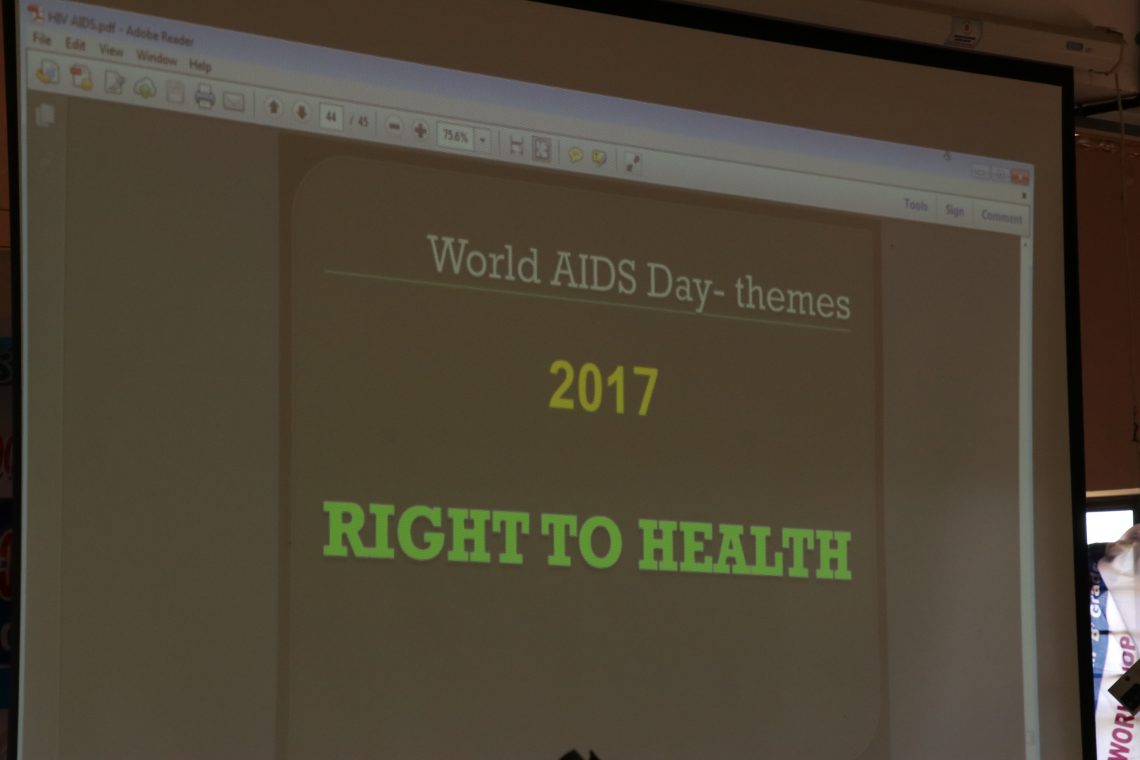 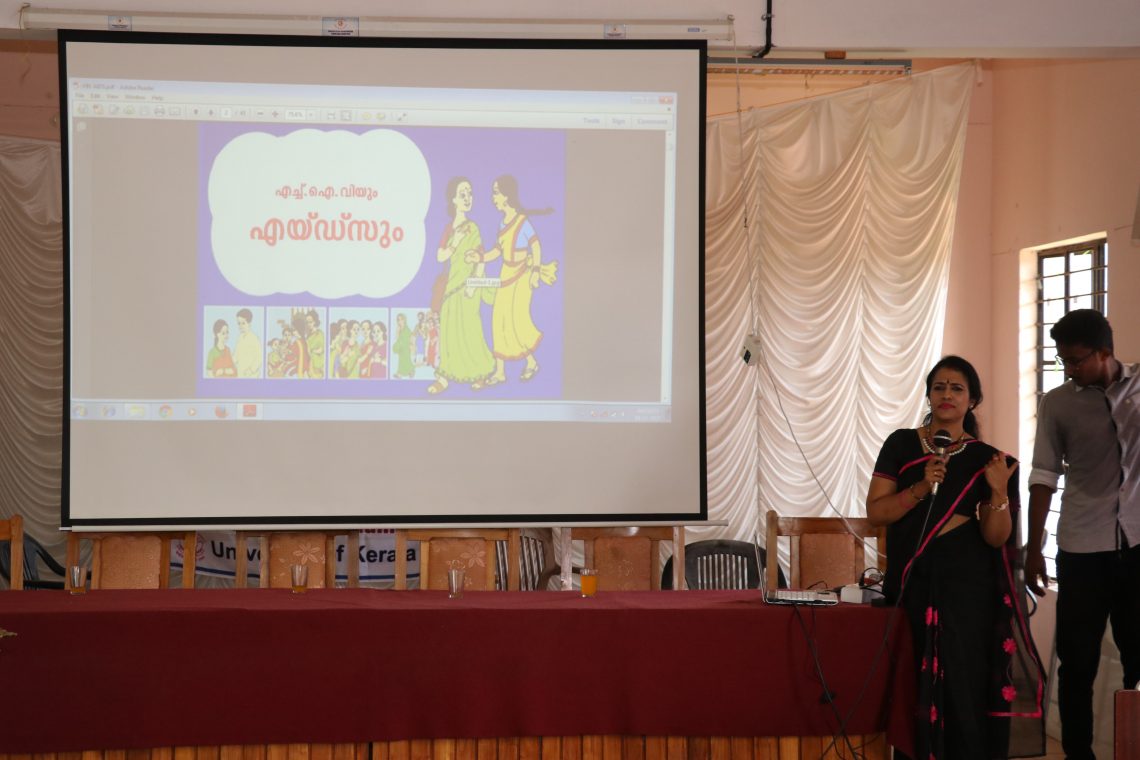 Women’s day 2018 is celebrated on 8th march 2018. A lecture session was organized in connection with women’s day celebration on the topic “Improved self-motivation and concentration through Yoga” by Bini Anil Kumar, a trained Yoga guru. She delivered  a talk on the evolution, and importance of Yoga in the current society. In the afternoon a practical session was organised in which she introduced relevant “Asanas” to the participants.

On March 20th an empowerment talk was conducted on “Malayalastreeyude Sancharapathangal”. The famous writer and columnist K. Beena was the chief guest and she made the keynote address. She shared her experience of her journey all over India and also talked about the recent challenges faced by Malayalee women in the contemporary society. There was a live debate following  the discussions.

An anti-dowry campaign was organized on March 8th 2017 by the Women’s cell of the college. Prof. Kusumam Joseph, social activist and professor in Malayalam, Karmal College Mala delivered the keynote adddress. She pointed out the importance of women’s education, gender equality and social justice.

Women’s-cell is inaugurated by Smt. Parvathy.J, famous film actor and social writer on 26th November 2015 at 10.30 AM. Anti-domestic violence day Campaign  was organized on that day in association with “Stree Sakthi Mahila Samagam”. A lecture on ‘Legal Awareness for Women’ was delivered my Adv. Remya R Nair. The talk was very informative and students interacted with the advocate and discussed various issues.

Women’s day celebration was organised on 15th December 2014. A workshop on women empowerment programme was organized along with women’s-day celebration. Training on paper-bag making and ornament making was carried out under the guidance of Kudumbasree unit, Nedumangad.

Legal awareness programme for women is organised on 9th March 2015 by women’s cell. Adv. Jayakumar D, High court of Kerala was the resource person for the programme. An intriguing talk that addressed recent gender issues faced by women of the society and a discussion on legal solutions to these problems, proved beneficial for the students.